Chemistry Research Topics for Every Task 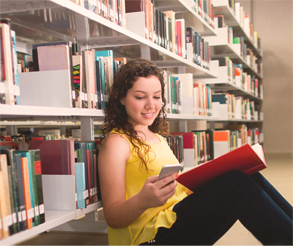 The role of chemistry in the life and development of society is very great. This sphere is very closely associated with the production of material assets. Chemical disciplines make it possible to assimilate the chemical processes and phenomena of the world from the dialectical materialist positions and master knowledge, skills, the experience of creative activity, and an emotional-value attitude to activity.

Worldview knowledge, attitudes, beliefs, evaluative skills formed in the educational process are comprehended, processed, and converted into values that determine the students’ position in relation to the surrounding reality. Therefore, the role of chemistry in the formation of a scientific worldview is very large, and this also contributes to the development of professional and general cultural competencies of students. Knowledge of the chemical language contributes to a more conscious mastery of chemical concepts and laws, the development of interest in chemistry as a means of studying the basics.

In this paper, we suggest you familiarize yourself with the most interesting chemistry research topics, each of which has a number of various features.

Everything Related to Water

A Little About Cars

Chemistry Research Topics In The Context Of Air

What About Medicine and Pharmacy

A Pinch of Protein-Related Ideas

When the Central Component Is the Activities of Scientists

A Few Ideas With Acids

In the Context of Creativity

Disclosure One of Chemistry Research Topics

The phenomenon of Supramolecular Chemistry

In all supramolecular systems, the receptor contains molecular centers aimed at the selective binding of a specific substrate. As in ordinary chemistry, for the binding of molecules between them, certain interactions must arise, due to which ordering in the space of molecular blocks occurs, and a supramolecular architecture is formed.

However, unlike molecules that are familiar to us, in which atoms are joined by covalent or ionic bonds, the retention of individual fragments in supramolecules occurs due to non-valent intermolecular interactions, which include hydrogen bonds, electrostatic forces, and lyophilic-lyophobic interactions.

Currently, the chemistry of clathrates and interstitial compounds is actively developing, making a huge contribution both to fundamental knowledge and to the practical development of new materials. This is due to the fact that today supramolecular systems are widely used in sorption and selective catalysis, are considered as the most promising candidates for the disposal of radioactive waste and the development of new generation drugs.

So, if, in addition to recognition and binding centers, the receptor contains other functional groups, then after the formation of the supramolecular system, it can act as a carrier, carrying out targeted transport of the substrate associated with it to certain areas of the body.