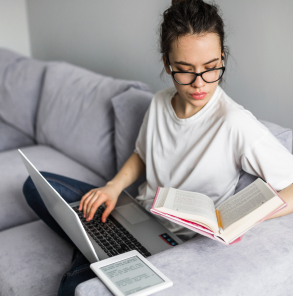 Gun control essay is a written assignment, where you share thoughts, official information, and facts on the topic of gun control, violence, and shootings. After the recent traumatic events, the debates on gun control have reached the limit.

Should everyone own a gun to defend themselves and their families? Or do we need strict gun control laws? You are given a chance to speak up your opinion on this challenging but yet important topic.

Today we will share the most important tips on writing a gun control essay: topic ideas, pros and cons, writing guidelines, and of course, resources where to find reliable information.

And if you don’t want to do the task on your own, our writers are always there to cover your back.

Did you know that only officially 33 people in the US die of guns every single day? This is only one of the heartbreaking numbers that you can include in the future essay. But if you still don’t know whose side you are on, let us present arguments both for and against gun control.

Take some time to go through the above arguments, let them sink in, and you’ll see which side you are on. Once you are ready to go further and support your point of view, it’s necessary to pick an issue and topic.

There will be tens of similar essays in the class, so you need to choose a fresh and interesting idea to stand out. Below you’ll find all the necessary tools to succeed!

10 great ideas and catchy titles for a gun control essay

The next step to getting A+ for a gun control essay is crafting a title that will express your point of view and catch the attention of the audience. Below you will find a few well-turned examples.

Have you already chosen a side and a title for the future paper? Then you are halfway through because many students don’t even know whose side they are on, which makes essays boring and watery. Below you will find the most relevant and interesting sources for the essay. However, don’t forget citing every source properly according to the required formatting style:

If you find the above sources not enough, don’t worry. There are hundreds or even thousands of credible sources online. These are publications on official websites of different organizations, college or university journals, and books in libraries. Use Google Scholar, and it will greatly help in distinguishing a credible source from a doubtful one.

Above we have already introduced you to the most popular arguments for and against gun control. Hopefully, they helped to pick a side, and now you firmly stand the ground. Moreover, the pros and cons of the topic have already been discussed and analyzed on national channels, official websites, and magazines.

Unfortunately, both sides are stuck in the position and don’t want to search for a compromise. Who knows, maybe your essay will motivate others to change their point of view or to listen attentively to what opponents have to say?

Here are a few additional points supporting and contradicting the gun control.

If you not only want to get a high grade but also to stand out from other students and their works, you should approach the process with all seriousness.

No matter whether you are working on a compare and contrast, persuasive, or a narrative gun control essay, following the steps below, will greatly help you to master the assignment like a pro.

It doesn’t matter what essay type you are asked to complete. Every assignment should start with a clear definition of a concept: what gun control is. Use the most appropriate definitions depending on your vision and chosen side.

For example, start with a dictionary definition and afterward add a few general facts that will grab and hold the attention of the audience. Then include gun control statistics. It will make the argument stronger and will make the readers want to know more.

2. Body paragraphs should get your maximum attention and concentration

Here is where you should provide arguments and facts on the chosen gun control topic. The best option is to use recent and fresh studies. Most likely, your teacher won’t accept outdated and irrelevant sources, and you’ll have to redo everything all over again.

When writing a pro-gun control paper, it is a good idea to use statistics about how guns of private people killed innocent citizens. It’s also possible to cite situations when teenagers used their parents’ weapons to commit crimes at schools or colleges.

If you don’t support gun control, cite studies, which prove that ownership of a gun may save lives or other statistics that prove positive aspects of having a gun.

Surely, the organization and content of the future gun control essay greatly depend on the teacher’s requirements, chosen essay type, and arguments you want to discuss. However, in most cases, the structure remains the same, so you should outline and plan the future essay properly to make your arguments sound and credible.

Don’t forget about the introduction and thesis statement, which will set the tone for your future work and will draw the attention of the reader.

You may feel tired after working on body paragraphs, but it’s impossible to make a good impression and to get a high grade without including all necessary sections.

In conclusion, you need to summarize the paper and repeat the most important findings. Then provide a powerful statement considering the facts in your assignment. We recommend including a call-to-action at the end, which will motivate readers to explore the subject further.

Writing a gun control essay has never been a simple task. It requires not only a clear understanding of which side you are on but also being able to present facts in a clear and understandable manner.

It is also important to conduct solid research and to find fresh and relevant sources that will strengthen your points. Sounds too complicated? We know how you feel because we’ve also been there.

Luckily, we are a professional team of writers, who once were students and know how important it is to find credible assistants and supporters through academic years.

Many years of experience helped us to deliver outstanding papers, which meet even the most challenging requirements. All our writers are native English speakers, have degrees of the most prominent colleges and universities in the country, and are passionate about academic writing.

Here you will not only find a person to complete your gun control essay but also a friend and a tutor to manage similar assignments in the future. We will guide you through every stage of the process and will make sure you get an A even within the shortest deadlines.

Our managers work 24/7, so you can shoot us a message no matter what time it is. The result will definitely exceed your expectations!